When the Cards are Stacked Against you OBAMACARE Comes Through 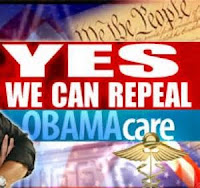 The GOP has been trying to repeal OBAMACARE since it was first passed into law. But the number of uninsured Americans has dropped by 16.4 million since the implementation of the Affordable Care Act, and the rate of uninsured Americans decreased by 35 percent, the largest drop in 40 years. The Atlantic adds, if people have good information they make good choices. And this is just what lifelong Republican Luis Lang is doing after failing to sign up for the Affordable Care Act, previously priding himself on covering his own medical bills. Lang commented that, "thanks in part to a flood of media attention that led him to learn more about health care policy, he doesn’t identify with the GOP anymore." This was all prompted by thousands of dollars in medical bills he couldn't afford to pay. He did try to navigate the AFC website with its numerous technical glitches with no success. Lang said, “I put the blame on everyone — Republican and Democrat. But I do mainly blame Republicans for their pigheadedness. They’re blocking policies that could help everyone."
at May 22, 2015