CAN WE SAY REVOLUTION TODAY? BERNIE SANDERS DID 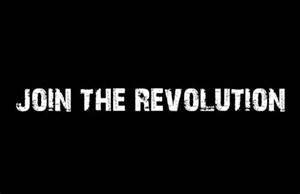 There was a time when to say revolution would have put you behind bars. But then there was the Tea Party revolution and everyone knew the word had become a joke. Yesterday presidential candidate Bernie Sanders called for a revolution against the billionaire class. I predict Progressives are standing in line all over the country to join; I am one of them. And the implication seems to be that Hillary Clinton is in that class. Sen. Sanders is a Democratic Socialist who has been standing up for working families for the last 30 years. Since he won't take the billionaires' "vulgar" money, as he puts it, how can the average person out there not vote for him? If you are afraid of the Socialist label, don't be. Even though he is calling for a revolution, it will be affected by White House and congressional action not on the streets.
at May 05, 2015