DOES BERNIE SANDERS NEED TO TAKE A STRONG STAND ON GUN CONTROL? 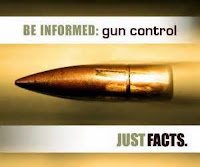 We need to know now, today, where Bernie sanders stands on basic gun control. He has taken positions for background checks and banning assault rifles but Slate reports that he, "supported the most odious NRA–backed law in recent memory—one that may block Sandy Hook families from winning a lawsuit against the manufacturer of the gun used to massacre their children." Further, it says that he is skeptical of gun control and "invested" in the interests of both gun owners and gun manufacturers. THIS IS NOT GOOD! Sen. Sanders needs to qualify this because Slate is calling him a gun nut, to which he replied on CNN that this wasn't possible since his rating with the National Rifle Assn. is a big "F." He added that he supports hunting and target shooting and that Vermont, his home state, is relatively free of gun violence, exclaiming though, that there is a big difference between Vermont and Baltimore and Los Angeles. But as an example, where does he stand on closing the gun show loophole and would he vote to require training before someone can buy a gun? In any Progressive administration, gun control must be a priority. PERIOD!
at May 09, 2015