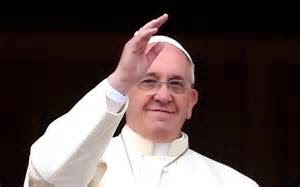 The Vatican has recognized the Palestinian state and the Jewish community is up in arms. What has really happened is that it has switched its diplomatic recognition from the Palestine Liberation Organization (PLO) to the state of Palestine. The key here, according to the Israeli government..."is there a state of Palestine?" I have read the history of this conflict and for the life of me I cannot see how Israel can deny that Palestinians have some right to live in a land where their ancestors came from. Somewhere. The idea of who was there first has been described childish by some historians and the stories abound about the early settling tribes from both sides.

According to one story, the name Palestine was given to the region spreading from eastern Mediterranean coast to the Jordan Valley to the area covering Galilee Lake in the north and southern Negev Desert.  "Plesheth" is the origin of the word Palestine, appearing often in the Bible, and popularized as “Philistine” in English. The story goes on to say, "These people were mostly originates of Asia Minor and Greece and gradually became a part of the Arab world."

A major concern of the Pope is the plight of the Christians affected in the territories that are clashing. Along with this is his contention that those involved no longer place any value on human life. It would not surprise me if Pope Francis were able to bring these two countries together with a realization of what they are doing to each other and help them to decide that peace is the better way.
at May 14, 2015