GOP FRUITCAKE REMAINS THE ENVY OF THE IDIOTS 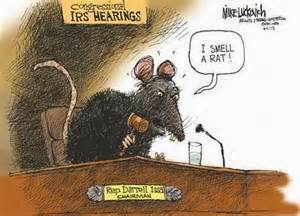 California Republican Darrell Issa commented recently to MSNBC that the poor people of the U.S are the envy of the world. To be fair, they are no doubt better off than their counterparts in 3rd world countries. But that doesn't give this numbnuts the right to belittle the less-fortunate in America. Especially when the man has a net worth of $350 million. He was being questioned about income equality in the U.S., which, of course, he would know nothing about. Issa is one of those GOP radicals that attacks anything Democratic, whether it has merit or not. Like accusations the IRS purposely investigated the Tea Party. Congressional probe of former Atty. Gen. Eric Holder on "Operation Fast and Furious" to list a couple. Like Republican Mitch McConnell in the Senate, he is simply out to get Obama.
at May 10, 2015