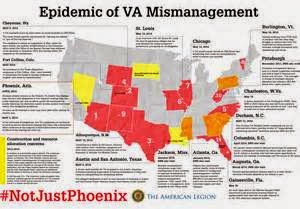 If the Veterans Administration continues its path of destruction for the veterans they are charged with helping we'll have to establish a new holiday: VETERANS DEATH DAY. At least 40 vets died waiting for healthcare in Phoenix, where the eventual disaster was originally discovered. In the latter part of 2014 there had been 293 deaths confirmed due to denied care by the U.S. Inspector General. There have been more since then.

An example is Richard Miles who went to the Des Moines VA for help in Feb. of 2015 with "worsened PTSD," anxiety and insomnia, was given some pills and told to go home and wait for an appointment. He died five days later when he froze to death in the woods after taking a toxic amount of sleeping pills. When he returned from his deployment in Iraq he suffered from anger, irritability and sleep disturbance with troublesome dreams. He was hospitalized at the Iowa VA hospital four times for PTSD for trying to hang himself twice and for bringing  a gun into a different hospital ward planning to kill himself. Is the VA really this stupid?

The only problem is that it will be hard to designate an actual date for VETERANS DEATH DAY since this "war" is still going on and there is no end in sight.
at May 25, 2015