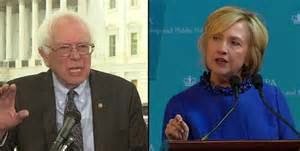 Bernie Sanders has made a strong point in his fight against Hillary Clinton for the Democratic nomination. He calls her a newbie when it comes to the left's fight against income inequality. Is that true? Well about a year ago she did come down hard against it at the New American Foundation. She brought it up again this past April. In June of 2014, The Guardian reported that Clinton herself had an income problem and it started with her own income. Recently, the Clintons have reportedly made $30 million on their speeches since the beginning of 2014. It would appear that her populist approach is recent, at least in relation to income inequality, and Bernie Sanders is correct in his portrayal of her as a "newcomer." She, like her husband, Bill Clinton, has mostly chosen the middle of the road position before. In the past that path would most likely lead to getting one elected but this new Progressive awakening makes that need passé.
at May 18, 2015