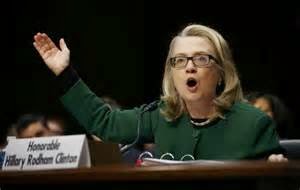 How do we interpret Hillary Clinton's comment on Benghazi, "What difference does it make?" It was in reference to whether the terrorists were just out on a casual walk and decided to attack the embassy, or was this an official protest. And does it make any difference either way or at all. Four Americans died including Ambassador J. Christopher Stevens. The big question is, whose fault was it, and could it have been averted. David Brooks, conservative writer for the New York Times says it is not fair to blame Clinton since this all happened at an operational level that she can't be blamed for. Another report says that more protection was needed at the embassy and alleges that Stevens asked for it, but there is no indication of which level of the State Dept. was responsible. Right now Hillary Clinton's congressional testimony is up for grabs due to scheduling problems. The committee’s chairman, Rep. Trey Gowdy has done his best to keep this in the news and it may be the reason for her recent drop in the polls.
at May 16, 2015