POLICE ON THE STREETS WITH ALMOST NO TRAINING 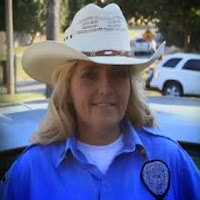 The only training Nancy Cummings received in the Alexander, Arkansas police dept. to become a cop was whether or not she could hit a target 25 yards away 80% of the time. Hell, in the rural areas of that state most anyone can do that. And it's all legal, state law, as a convenience for small police departments that desperately need officers. In Nancy Cummings case her lack of training resulted in her shooting a black man in the back, killing him, during an arrest for which she was later charged with manslaughter. But Arkansas isn't the only state; in Indiana the cop can be on the job a year before requiring any training, except for firearms. This is not only a case of stupid law but is also a slap in the face to well-trained police officers across the country. At a time when cops are under such close scrutiny in alleged racial situations, the good ones don't need this crap.
at May 09, 2015