Where Bernie Sanders Stands on the Issues 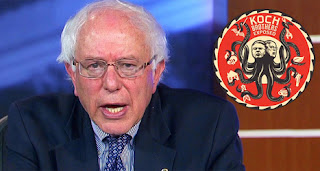 Bernie Sanders believes in the average person and detests wealth in relation to inequality between that and the other 99% of the country. This has kept him in office for almost 35 years now but it has all been in the state of Vermont. Not many racial problems there or gun violence or difficulty with immigration, nor has he had to really get out and actively woo the female vote. But that was Vermont and now he wants to be President of the United States. Although he is reasonably defined on many issues, his goal must be to make these positions crystal clear to the public. Here they are:


More on this later.