I'M NOT READY TO DIE YET 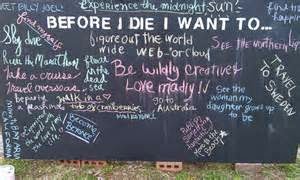 I haven't even learned how to fully use my smartphone yet, so although I am 82-years old, I can't pass away until I have at least mastered this modern technology. And there's much more in the making so I don't know when I'll be ready to go. Just today I found there is a semi-truck that drives itself; self-driving cars have already been around for a while. Although I don't have diabetes, I might try Google's contact lens that monitor your blood sugar level, just in case. And skateboards came along way after I quit being a kid but I'm willing to take my chances on the new hoverboards that never touch the ground. I've played around with artificial intelligence already in a computer modeling program with outcomes that were downright scary. I want to see at least one drone come to my house from Amazon.com delivering my order before I check out. Genome editing has been done in China and I'm hoping to see that performed here on radical conservatives turning them into progressives. There's more and this just shows what a great age we live in today, something apparently even the U.S. Congress can't fuck up.
at May 08, 2015