GUNS ARE BLASÉ EVEN IN THE U.S.CAPITOL 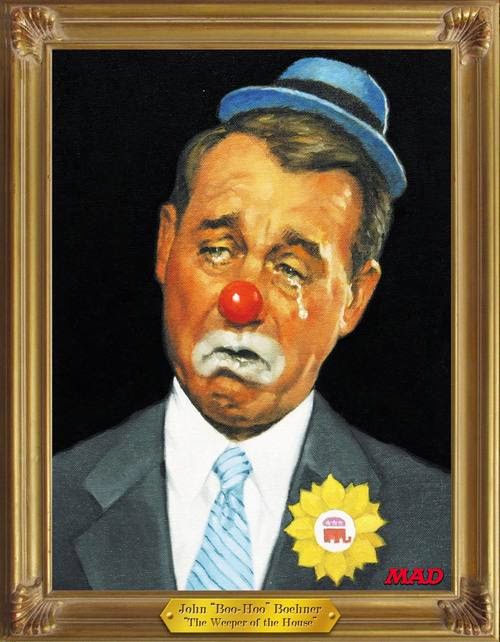 Along with being the clown of the U.S. House, it would seem that John Boehner now has egg on his face. When leaving his suite in the U. S. Capitol recently, Boehner left a loaded Glock pistol, no safety, unattended. A 7-year-old visiting the building found it. No word from the National Rifle Assn. if the Speaker is a member. If he is, he must not have taken the training course. "In January, a member of Senate Majority Leader Mitch McConnell's security detail left a Glock in a Capitol Visitor Center bathroom, with the magazine removed but stuffed inside a toilet seat cover holder," said the Daily News. Apparently the gun was in plain sight in one of the stalls. Gun control groups exclaim that these are just more examples of a careless adult public being irresponsible with firearms. "At least 100 children aged 14 and under were killed in unintentional shootings in the United States during the 12 months that followed the 2012 mass shooting at Sandy Hook Elementary School in Newtown, Connecticut," according to a report published Wednesday by the gun control group Everytown for Gun Safety, from MINNREPOST. Are we just stupid or will someone do something about this?
at May 08, 2015