FINALLY LIBERAL RADIO HAS ITS PUNDIT 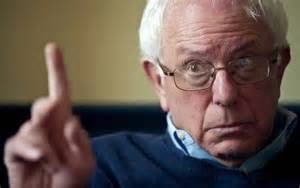 Watch out because Bernie Sanders, who for years has graced the airways of the liberal left, has now become a stronger voice due to throwing his hat in the ring for the Democratic nomination for President. It is time someone did battle with the conservative right blowhards, most of which are suffering significant declines in ratings. As an example, Rush Limbaugh has fallen to a dismal 22nd place in New York, 37th in Los Angeles. Sanders says his core audience is, of course, the Democratic Party and he is very consistent in making his point. According to Michael Harrison, editor and publisher of Talkers Magazine, there are some 20 million listeners to Progressive radio and experts say conditions are perfect for Bernie Sanders to get his message out since he is considered Mr. Progressive. Harrison says radio speaks to the grassroots audience and is now "trending back towards 'independent and populist talk.'" Boston-based radio host Jeff Santos said, “It has been 99% a love affair between Bernie Sanders and my audience.” With those numbers, how can you lose?
at May 17, 2015