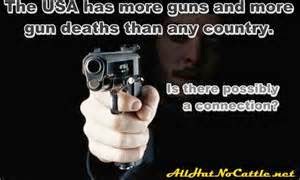 The Senator from Vermont who is running the Democratic nomination against Hillary Clinton has voted for more background checks and to ban assault weapons and magazines of over 10 rounds. But on the other hand he voted against the Brady bill, voted to block lawsuits against gun manufacturers, and voted to allow guns to be transported in checked baggage on Amtrak trains and to prohibit foreign aid from going to any international efforts to restrict gun ownership. Not sure where Sanders stands on open and concealed carry and so far cannot find where he has voted for or against. The latter is a hot issue and is now being voted on in the house to drop some of the requirements on getting a permit. This is my sore spot because there are so many cowboys on the street carrying around a gun in a holster or concealed who have not had one iota of training. Anyone who stands for that does not deserve to be President.
at May 05, 2015