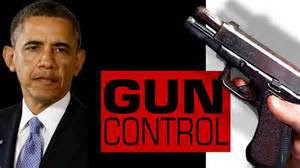 President Obama met with one of the country's top gun control advocates, Michael Bloomberg, and promised more action on gun control. Bloomberg has taken to task Wayne LaPierre, head of the National Rifle Assn., and his minion gun nuts on several occasions and won, most notably in Bloomberg's support of gun control politicians. His major opposition organization is Everytown for Gun Safety, which is the anti NRA group. Time will tell if they can bring down the NRA.

White House communications director Jen Psaki says that Executive Orders are being prepared by the Dept. of Justice, but that because they expect litigation challenging any order given, extra care is being taken to insure the EOs will withstand any objections in court. The gun nuts are already salivating over all this and the NRA attorneys are behind closed doors planning their strategy. Obama's actions will be simple in nature, including things we have heard hundreds of times, all of which any sane person would agree are desperately needed:

There may be more and any one of the above may not be included in Obama's final Executive Order, but these seem to me to be the priorities that could help bring the current gun violence spree under control. Let's face it all you gun rights activists, we tried it LaPierre's way and it hasn't worked. Now it's time to try it our way.
at December 21, 2015