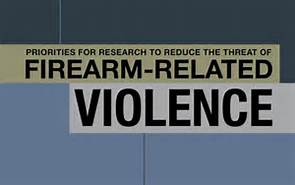 For the last 17 years the Center for Disease Control (CDC) has not been able to compile data on U.S. gun violence prompted by pressure from the National Rifle Assn. on its Congressional Gun Whores, mostly Republicans. Democrats, led by Nancy Pelosi, have said this week that the Omnibus budget must not pass any longer with this restriction, and although not an ultimatum, seems firm enough to create a fight the gun control folks can win.

There is only one reason the NRA, led by Wayne LaPierre, would stand in the way of this kind of research. It will prove what a disaster the open gun market has been for the United States, which has been sponsored by LaPierre and the NRA, and just how much blood is on the organization's hands.
at December 12, 2015