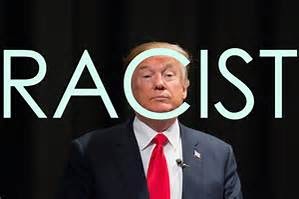 Donald Trump has made so many bizarre statements in his campaign for the Republican Presidential nomination that one should not be surprised that now he has sparked a revival in the white supremacists movement. Instead of walking up to a group of people in their robes, the Ku Klux Klan now dons their civvies and approaches the same individuals with a newspaper clearly displaying a Donald Trump article. It has become the perfect conversation starter, says Rachel Pendergraft, the national organizer for the Knights Party.

It is downright pathetic that the leading contender for the nomination to represent the GOP in November 2016, is, among numerous other derogatory names, a racist, and the man seems perfectly comfortable with all the monikers. Republicans are scared shitless that Trump will somehow receive the nomination, which of course would be a disaster against either Bernie Sanders or Hillary Clinton. Where's the master of digging up dirt, Karl Rove, when they need him?

You know he's stepped way over the line when Trump draws praises from former Louisiana politician and KKK Grand Wizard David Duke.
Duke told The Post that while he has not officially endorsed Trump, he considers the candidate to be the “best of the lot” at the moment. “I think a lot of what he says resonates with me,” Duke said. Now, just think of the recent incidents where the Confederate Flag was brought down because it represents the worst kind of racism. Multiply that by 100 and you have the Ku Klux Klan. This is who supports Donald Trump, the kind of people we thought we had left behind years ago.
at December 22, 2015