If ever there was a good use for the word loony, it is now, to describe Donald Trump. Sitting in the Oval Office he has performed such foolhardy high jinks that he would have been guaranteed a spot in the cast of the cartoon Looney Tunes. There are so many characters he could have replaced such as Daffy Duck and Elmer Fudd, to name a couple. And can't you just imagine that zany lineup populating the White House just as the current members do? Looney...Looney...Looney 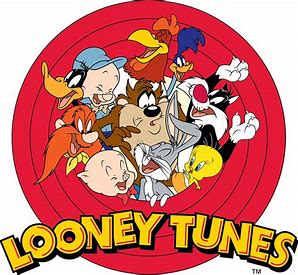 Having said this, these antics provide people like me the ammunition to point out how much of a mental case maniac Donald Trump is. As an example, Trump has proposed rolling back healthcare protections for the LGBTcommunity passed by former President Barack Obama. With the spread of HIV in the offing, how foolish can this be?  Here's the scenario...

The rule can be finalized after a 60-day public comment period. HHS' director of the Office of Civil Rights, Roger Severino, justifies the move by saying, “When Congress prohibited sex discrimination, it did so according to the plain meaning of the term, and we are making our regulations conform.” Huh? The Trump administration should be impeached en-masse for its stupid interpretations of the laws.

We're experiencing one of the early examples of the new conservative supreme Court making bad judgments for the country. Gerrymandering, which everyone but Republicans think is wrong, has been given a reprieve in Michigan and Ohio by SCOTUS. The background...

"The high court heard partisan gerrymandering cases in its previous term as well, in 2017 and 2018. But a year ago, the court issued a limited ruling that largely left the issue undecided and opened the door for lower courts to enforce limits on partisan gerrymandering. Since then, however, Justice Anthony Kennedy retired and was replaced by Brett Kavanaugh, a conservative who doesn’t have a record on the issue thus far."

This is the guy, Kavanaugh, that Sen. Susan Collins believed on abortion, and why there is a move today to vote her out of office. With the headline, "Trump is a would-be tyrant surrounded by henchmen," Joe Conason of Creator's Syndicate says...

"Donald Trump is no longer just a persistent object of national shame and revulsion. He has become a threat to the Constitution and the rule of law — and the question before the House, quite literally, is what to do about him."

Although many Democrats want to impeach Trump, Nancy Pelosi "warns that attempting to remove a duly elected president, even one who lost the popular vote, will be inevitably divisive and politically unpopular." And of course with a Mitch McConnell led Senate, there is virtually no chance to convict the Oval Office lunatic. The arguments for impeachment,however, get louder by the day, as Trump continues to commit impeachable offenses in the eyes of the left.

In keeping with the above, "MSNBC's Joe Scarborough and Donny Deutsch agreed President Donald Trump's feud with House Speaker Nancy Pelosi had revealed his mental diminishment." In late 2018,Jeffrey Sachs did an intriguing piece on "Trump’s Diminishing Power and Rising Rage," illustrating what a danger this manic is as his mental capacity continues to decline. How far will the American voting public allow to go?