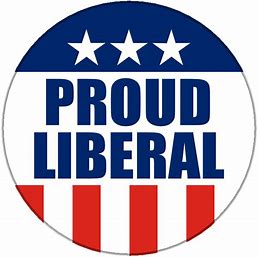 The only side Mitch McConnell has is a dark side, in contrast with a piece in Politico featuring the inference this slime ball might have some worthwhile virtues. He doesn't. Politico says, "The Senate majority leader is relishing his turn as villain to the left." I posted this by Robert Reich saying, "Mitch McConnell is destroying the Senate – and American government." Reich states...


"The majority leader cares only for winning, not rules or democracy itself. He is doing more damage than Trump"


Call him “Cocaine Mitch,” “Nuclear Mitch” or the steward of the “legislative graveyard.” Mitch McConnell says he’s the “Grim Reaper” anyway, so he’s loving every minute of it.

The “Grim Reaper” comment illustrates a sickness in this pariah who craves his power as head of the Senate, with the sole intention of getting his way and the way of the Republican Party over all that is good for this country. Donald Trump is the bottom of the barrel but Mitch McConnell is the ground under the barrel. The left will no doubt tell us that the country would be much better off with a Democratic Congress, particularly with a Dem in the White House.

Joe Biden wants to be that Dem and he's running ahead in the "brigade-sized Democratic field," described by The Hill. He has a...


"double-digit lead not only nationally, but in the key early primary states of New Hampshire and South Carolina. He is also currently even leading Sen. Kamala Harris in her home state of California."

But wait, The Hill says that polling is fickle...


"At this point in 2007, former New York City Mayor Rudy Giuliani was way ahead in the Republican race, and Hillary Clinton was leading Barack Obama by double digits. In the 2012 GOP race, the assortment of one-time poll front runners included, at various times, Newt Gingrich, Rick Perry, and even Herman Cain."

Will he or won't he, but could Bernie Sanders still be the dark horse? Although Biden was once tentative on Roe v. Wade, just recently he said he would support abortion rights "if necessary." Doesn't sound too convincing, especially when "Two-thirds of Americans want Roe v. Wade left in place." In a CBS News poll, 67% say Keep it as it is; only 28% want to overturn it. But 48% claim they would be angry if it was overturned. That is fairly dramatic.

It isn't likely a Democratic House will allow a bill to repeal Roe v. Wade, but New state abortion laws are threatening the law, like the recent legislation in Alabama. It has been judged by many as going much too far and is already being challenged in court. The real fear by the left is when one of these laws is brought up in the ultra-conservative Supreme Court. Meanwhile, back at the White House with Rex Tillerson, who once called Donald Trump "a fucking moron."


"In a more than six-hour meeting, he told members and staffers that the Trump administration actively avoided confronting Russia about allegations of interference in the election in an effort to develop a solid relationship with the Kremlin, a committee aide told The Daily Beast."

Tillerson's meeting comes on the heels of the Mueller Report release, and the refusal of Don McGhan to appear before the Democratic House. Trump recently had this to say about Tillerson...


"Rex Tillerson, a man who is 'dumb as a rock' and totally ill prepared and ill equipped to be Secretary of State, made up a story (he got fired) that I was out-prepared by Vladimir Putin at a meeting in Hamburg, Germany. I don't think Putin would agree. Look how the U.S. is doing!"

This is after Trump chose Rex Tillerson to be his secretary of state ...


in December 2016, he praised the former head of Exxon Mobil for his "tenacity, broad experience and deep understanding of geopolitics." In a tweet touting the pick, Trump called Tillerson "one of the truly great business leaders of the world."

Donald Trump is a certifiable lunatic!