The ceaselessness of Donald Trump obstruction 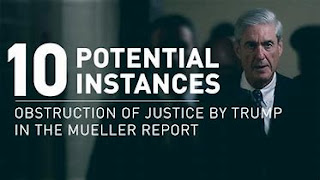 The FBI recently "opened a public corruption investigation into whether Florida massage parlor owner and Republican donor Li “Cindy” Yang illegally funneled money from China to President Donald Trump’s re-election effort," according to Salon. Seems Yang funneled $5,400 through one of her employees and the FBI wants to know more. Here is the scenario...


"Yang, a naturalized U.S. citizen and a member of Trump’s Mar-a-Lago resort, is accused of selling access to Trump and his family to Chinese businessmen. The FBI is investigating whether foreign money was then used to buy tickets to political events, which would constitute illegal foreign donations. It is also illegal to reimburse someone for a political contribution without disclosing the original source of the money."

It seems "that nine of Yang’s family members, including Peranio, all made maximum $5,400 donations to Trump’s re-election committee prior to her photo with the president." You might remember Yang's massage parlor as the one where New England Patriots owner Bob Kraft was arrested for soliciting prostitution. The question...is there some kind of influence from China in the recent trade negotiations the Trump administration has been conducting?

"a resounding no – at least when it comes to the request submitted by Democratic Congressman Richard Neal on April 3. Mnuchin said it 'lacks a legitimate legislative purpose.'”

We've listened to Donald Trump and his minions long enough to know you cannot believe anything they say. The use of the words "not anything," meaning how much you can believe in describing one's truthfulness, is pretty pathetic when you are talking about the President of the United states and his Cabinet and staff. But then Hackney alludes to the fact that on the one side you have the law, and then there is political reality. They'll never get the records, he quips.

The Congress is not a law enforcement body and "does not have a legitimate purpose to investigate the questions it is pursuing." This is the statement of White House counsel Pat Cipollone to Chairman, House Judiciary Committee, Jerrold Nadler (D-N.Y.). The Trump administration doesn't want anymore poking around the Mueller Report, which...

"constitutes a sweeping rejection — not just of Nadler’s request for White House records but of Congress’s standing to investigate Trump for possible obstruction of justice."

And the beat goes on. There's more from Cipollone...


“Congressional investigations are intended to obtain information to aid in evaluating potential legislation, not to harass political opponents or to pursue an unauthorized ‘do-over’ of exhaustive law enforcement investigations conducted by the Department of Justice,”