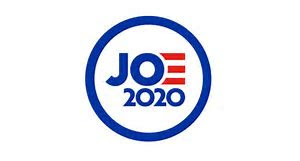 What is most astonishing after learning Joe Biden leads the Democratic Primary pack by 26 points is that Elizabeth Warren comes in second with 12 percent, and even more unbelievable to me is that Bernie Sanders is third at 11 percent. This is the highly respected Quinnipiac University Poll whose assistant Director Tim Malloy said...


“The Democratic primary race suddenly gets real with a fast start by former Vice President Joe Biden and a very clear indication from voters that he is the only candidate who can send President Trump packing 18 months from now.”

So how are Progressives supposed to feel about Biden, who appears to be a moderate with further left tendencies. The Hill-HarrisX daily poll, taken last December said voters who have...

I would prefer to hear it from the candidate's mouth and will wait until Joe Biden addresses issues like gun control, free healthcare and education and immigration reform to name a few. I would also feel more comfortable if Obama spoke more positively about his former vice president. The results of the Quinnipiac University Poll are similar to survey results that report on Biden's surge in the polls after announcing he was in the race. Almost like they were just waiting.

In Pittsburgh, Biden spoke to a firefighters union the International Association of Fire Fighters, which endorsed him earlier in the day. He called himself a "union man," sounding like the days when unions helped candidates win elections. He talked about gun violence, plant closings and moving out of the country. He also called for a national minimum wage of $15 per hour, mostly sounding like Bernie Sanders. Then he exclaimed he could beat Donald Trump in 2020.

I like the last part best and obviously a lot of people out there agree.
at May 01, 2019