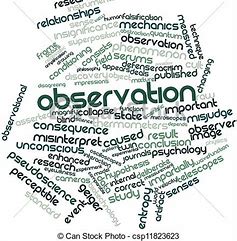 Did James Madison really want the 2nd Amendment? History tells us his intention was to land a seat in the Virginia legislature andin doing so he had to appease Southern Baptists. The results were that...


“Madison found himself one of the first American politicians to pirouette, in the course of a campaign, from a deeply held view to its opposite—all the while insisting (and trying to convince himself) that he had not changed his view at all. The Bill of Rights was born of a pander to a noisy interest group in a single congressional district.”

The anti-vaxxer measles outbreak has now spread to 24 states, the 24th being Oklahoma. The number of cases has now increased to 880, according to the Centers for Disease Control and Prevention (CDC). Here's the scenario...


"The total number of cases is inching closer to the record 963 cases reported across the U.S. in 1994. The current outbreak is still the largest since the disease was declared eliminated in 2000."

The majority of measles cases are still concentrated in New York. READ MORE.

Donald Trump is sliding in in Michigan, Wisconsin and Pennsylvania,the Rust Belt, where he barely won in 2016. His campaign polling shows him trailing Joe Biden. Apparently the state Republican Party isn't performing up to par raising concerns...


"that a potential GOP Senate candidate in Michigan could hurt the president’s prospects there."

Donald Trump's misguided escalation in the China trade war could lead to a dangerous confrontation. Here's where it stands...


"Ely Ratner, the director of studies at the Center for a New American Security, told The Washington Post that the failure to reach a trade deal could see the US unleash "harsher measures" against China."

The South China Sea or Taiwan are the focal points for a future crisis. READ MORE.

However, Xi Jinping says China is embarking on a “new Long March, and we must start all over again!” That has been interpreted in the U.S. to mean that he will not give in to Donald Trump's demands. Even worse...


"Xi also visited rare earth mining and processing facilities on Monday, the report said. There has been speculation that China could ban rare earth exports to the U.S. if the trade war escalates, according to the South China Morning Post."

All negotiation between the U.S. and China are in limbo, with it looking like  Xi Jinping is not interested in resuming talks. READ MORE.