Will Sessions break or bolt if Mueller presses investigation? 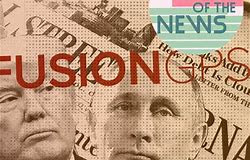 Donald Trump is still running scared that Robert Mueller is close to exposing him for being the traitor that he really is for his part in Russian meddling in the 2016 election. Here's the latest move by the Oval Office lunatic...


Trump ratcheted up his attacks on Attorney General Jeff Sessions on Saturday, tweeting that Sessions was "scared stiff" and "Missing in Action" in defending him...

Truth is, T-rump is scared literally out of his pants of what he either thinks or knows what Mueller is about to come up with, and the question is whether AG Jeff Sessions will eventually give in and attempt to fire the special Council, or take another pass, even resign, if his boss gets too demanding. Sessions is at least an attorney with knowledge of the law, but Donald Trump is a dumbshit with knowledge of nothing, and a warped mind that makes him think he is capable of anything. And folks, do you realize this maniac has been running our country for over a year now?

It looks like the Republican chairman of the House Judiciary Committee is getting ready to issue subpoenas for people connected to the controversial Steele dossier, which, no doubt, could have initiated all this. This involves a company called Fusion GPS and Christopher Steele, a British former intelligence officer who was hired by the Washington research firm to investigate Donald Trump's ties to Russia. There are too many people in the latter to cover here but I suggest these three sites might explain most of it. As the King said, "'Tis a puzzlement."
at August 12, 2018