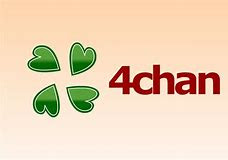 Ever heard of the 4chan site? I hadn't either until I also heard of QAnon, which came up in some research I was doing on Alex Jones. It is described as being "one of the most extreme message boards on the internet," and after viewing it, I would agree, but also adding, downright weird. You can post messages to its board. and people reply like any other social media site, except half of what I read I don't understand but then, I didn't really spend the time. It all started with a small-time YouTube video creator and two moderators of the 4chan website who...


"banded together and plucked out of obscurity an anonymous and cryptic post from the many conspiracy theories that populated the website's [4chan] message board."

They ended up with...


"a Reddit community, a business and an entire mythology based off the 4chan posts of 'Q,' the pseudonym of a person claiming to be a high-ranking military officer."

Some think the mysterious three are doing it just for money, but others believe they are really "Q." Here is another viewpoint...


"QAnon is a convoluted conspiracy theory with no apparent foundation in reality. The heart of it asserts that for the last year the anonymous “Q” has taken to the fringe internet message boards of 4chan and 8chan to leak intelligence about Trump’s top-secret war with a cabal of criminals run by politicians like Hillary Clinton and the Hollywood elite. There is no evidence for these claims."

Read the rest of the NBC coverage here. It looks like one more of those conspiracy theories that you must decide, do I just dump it or take it for what it's worth and make it what I want to? This one does look like it could have longevity.
at August 15, 2018