Don't like country music and I detest the NRA 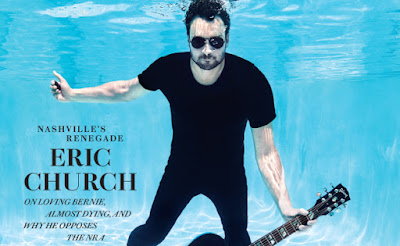 I grew up in the South, actually Tennessee, where the Grand Ole Opry originated in 1925, and still is. Am old enough to have been to the original Ryman Auditorium, and my wife and I recently attended the Opry at the new place, compliments of a cruise we were taking. Still don't like country music but do appreciate good talent, and there is still tons of it in Nashville. Along with a love for guns and the 2nd Amendment. My gut tells me that, because of the C&W emphasis on nostalgia, its religious aspects along with the appeal to blue collar rednecks, the gun thing becomes a natural.

My wife (she's not a redneck) loves C&W and we listen to it a lot. But recently singer Eric Church was quoted in Rolling Stone magazine after the Las Vegas gun massacre saying...


“I’m a Second Amendment guy. That’s in the Constitution, it’s people’s right, and I don’t believe it’s negotiable. But nobody should have that many guns and that much ammunition and we don’t know about it.”

I disagree completely about the 2nd Amendment, but the rest he says is right on. He added that he blamed the lobbyists like the National Rifle Assn. for placing a "roadblock" with way too much power over elected officials. He should put all this into a country song with the title, "Let me Count the Ways Guns Kill our Children." And offer to sing it for NRA head Wayne LaPierre at the next Nat'l Rifle Assn. convention. Eric Church is being boycotted for what he said because the NRA has become such a big part of this industry lately. Just another reason for my aversion to C&W.
at August 12, 2018