Can we turn dead malls into homeless shelters? 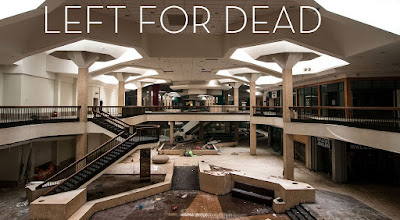 This is a great idea from Facebook for making use of the abandoned shopping malls around the country to give the homeless a place to live and receive decent food. The malls are there throughout the U.S., many already closed. In December 2017, CNN Money predicted 300 out of the 1,100 malls that now exist will close over five years. What happens is the anchor store closes, which brings down the smaller shops one by one until the mall becomes a ghost town. The facilities are still there like the food courts to convert to cafeterias and the stores to small apartments and business amenities.

This would require a philanthropic entrepreneur with enough money to get the job done. Maybe Warren Buffett and Bill Gates could team up and put their foundations behind something like this to solve one of this country's biggest problems, one a rich country like the USA shouldn't have. The renovation could include medical facilities, daycare for homeless mothers, financial centers for counseling and aid. There is no end to the possibilities of something that could be done about what has plagued this country for years. Think about it and let me know what you think.