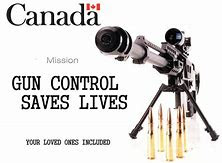 Montreal will vote today whether to adopt a resolution that would echo the Toronto City Council’s call for new federal gun controls. It is reported...


"Following the shooting deaths of two people in Toronto’s Greektown neighborhood by an attacker with an illegally obtained handgun in late July, the Toronto City Council adopted a resolution supporting several federal and local gun restrictions. The measure called for a nationwide ban on all handguns and semi-automatic firearms, a prohibition on the at-home possession of firearms, shuttering the remaining shooting ranges and gun clubs in Toronto, and a local ban on the sale of handguns and “handgun ammunition” within the city."

And a pathetic U.S. Congress still pees its pants because the National Rifle Assn. and Wayne LaPierre refuses to allow even any thoughts of gun legislation so they refuse to even consder a U.S. gun ban.
at August 20, 2018