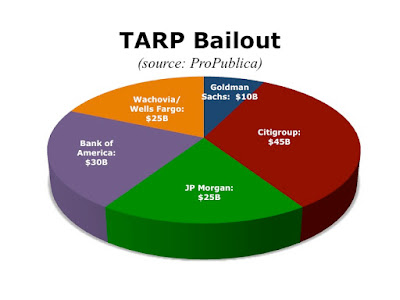 David Axelrod was a senior adviser to President Barack Obama when Bernie Sanders supposedly voted against the "auto bailout bill," according to Hillary Clinton. Not so says Axelrod. To begin with it wasn't an auto bailout bill, rather an extremely unpopular Troubled Asset Relief Program (TARP) -- the emergency funding requested by the Bush administration to help stabilize reeling banks and financial institutions.

Bernie was against this as he has said repeatedly during his candidacy.

Axelrod continued, "It was true that the TARP funding financed small bridge loans to help Chrysler and General Motors survive temporarily and give the new administration a few months to decide if and how the iconic companies could be saved." Clinton purposely turned this into a Sanders "vote against the auto industry bailout." She later qualified her statement, sorta, but continued to confuse the two programs with no real clarification.

Obama's former adviser says he understands why Clinton would be reluctant to identify the bill she supported and Sanders was against because TARP was and is one of the most rejected bills to ever come out of the Congress. Apparently Axelrod pissed off some Clinton supporters doing this because in actuality TARP did eventually provide the much needed funds to save the auto industry.

It's just the way she went about the whole thing in the implication that made Bernie Sanders look like the bad guy and Hillary Clinton the good girl. But apparently it didn't work. The Bern came from a 20-point deficit to win the Michigan primary. He plans to do the same thing in Ohio and Illinois.
at March 14, 2016