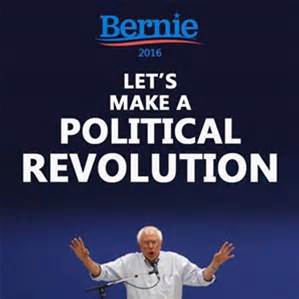 Hillary Clinton continues to call Bernie Sanders a one-issue candidate because of his focus on inequality. Just that one word alone suggests so many branches which include racism, poverty, education, medical care, and many others. It is possible that the Bern hasn't made the above clear, that all these other matters are covered under his umbrella issue of inequality. These categories occurred to me at the beginning of his campaign so it is possible Sanders took this for granted.

But Bernie went further in Ypsilanti, Michigan, broadening his reach beyond what appears to be on economics only by listing 20 issues during an hour-long speech to a crowd of 9,400 supporters proving his campaign is much more diverse than is painted by Clinton. Things like universal health care, minimum wage, the jail population, same-sex marriage, trade policy and more. You can see all twenty in the Washington Post article.