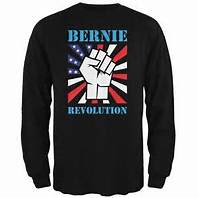 The Illinois primary also March 15, finds Sanders trailing Clinton by 11 points. There are 182 delegates. Missouri the same day, no late data available. There are 84 delegates. Also March 15, North Carolina, where Clinton is at 52% to 35% but the race is tightening. There are 121 delegates. Arizona is March 22, with Clinton at 56.2%, Sanders 21.5%. There are 85 delegates. Washington state caucus isn't until March 26, with no meaningful polling numbers to date. There are 118 delegates.

These eight states are not all the primaries and caucuses being held through the month of March but those most likely to yield a significant number of delegates, win, lose or tie. Starting with April tomorrow.