Do we really care about these people?


To begin with, I could care less. And what is even more frustrating is the fact that the media gives it such high profiling. I did one blog post on the news that some top TV and movie stars could be prosecuted for their involvement in an admissions scandal for their children at the U. of Southern California. USC is a bastion of higher learning and should be quick to deal with those school officials involved. But I am really sick and tired of hearing bout it. 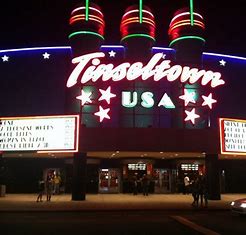 These people made their beds so now they must sleep in it, a term Hollywood is quite familiar with. Apparently Lori Loughlin and her husband bought their kids way into USC because they felt they were too dumb to do it on their own. From what I have seen so far from kid Olivia Jade Giannulli, the parents were right in their mental assessment. And Olivia now says she also fears prosecution, but recently blaming her lost career on her mother. What lost career?

While this freak daughter screams over her persecution, People Magazine said, "The 19-year-old knew about the alleged scheme and would have stopped it if she thought they’d get caught." Now that shows real character and is why this whole thing should go to court soon if this case is prosecutable. There's talk of some of the culprits making a deal and in tinsel town that is done regularly. But no matter what happens, these people will always carry with them their involvement in a petty scam.