Your Political Bullshit of the Day 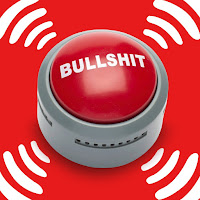 The Fox network has talked about US congresswoman AlexandriaOcasio-Cortez for 42 consecutive days, at least 3,181 mentions...NEW YORK'SVACCINE ORDER SHOWS HOW HEALTH LAWS ARE FAILING US...Re. Barr's FBI spying claim, Comey says, he had no idea" what Attorney General William Barr meant when he testified that he believed the government spied on President Donald Trump's 2016 campaign...Donald Trump's sister, Maryanne Trump Barry's retirement connected to father Fred Trump when he illegally evaded taxes in transferring much of his wealth to his children — including both Donald and Maryanne...