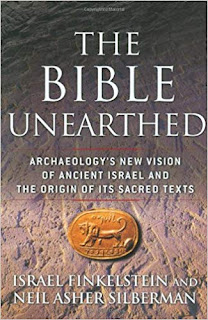 Pete Buttigieg just said, "he doubts fellow hopeful Sen. Bernie Sanders (I-Vt.) can beat President Trump in a general election." Boy was I wrong when I suggested a ticket with him as Bernie's vice president. It is just damn arrogant of a newbie like Buttigieg, whose only political career so far has been mayor of South Bend, Indiana, to make a prediction about a seasoned, experienced and dedicated politician like Bernie Sanders.

On the other hand, I think Franklin Graham's attack on Bettigieg as a gay man is beyond bad taste. This country is trying its best--and is failing by the way--to erase the prejudice of racism and sexual orientation. Graham said...

That's very interesting since I am just finishing a book, The Bible Unearthed, which makes an excellent case that the Bible's accuracy is, at best, questionable on all levels. This is supported by excavation uncovering complete cities with the artifacts to prove their theories. Graham probably wouldn't know about this and would refute it if he did. Still in the process of excavating, who knows what these archaeologists will find of homosexuality in biblical times.


"At a time when Trump has lied to millions of Americans and sold out workers, voters are looking for a leader who they can trust will fight for them," obviously talking about his candidate, Bernie Sanders.

It will be interesting to see if Bernie's age or Buttigieg's being gay will affect their election chances. But so far both are front -runners.
at April 27, 2019