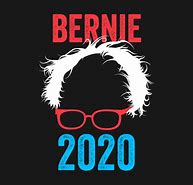 Bernie says the most important thing to him in the time left leading up to the 2020 election is to see that Donald Trump is not reelected. That would be the attitude of most of the U.S. population, minus the Trump hard core supporters, which was around 18% in 2018. I have been in contact with a few of these uninformed citizens recently and can say their less than rational mentality will never change. As I mentioned in another post today, much of the Trump base is completely disenchanted with the Oval Office lunatic and are looking hard at Bernie Sanders. The gist of Bernie's statement...


"At the end of the day, what is most important to me is to see that Donald Trump is not re-elected president, and I intend to do everything I can to make sure that doesn't happen."

He does want a thorough investigation by the House and would reconsider his position if anything damaging to Trump were to develop. Meanwhile, here's CNN Politics assessment of the right direction for Democrats...


1) Abandoning the Mueller report conclusions is unacceptable to the party's political base.
2) Impeachment will allow Trump to paint himself as a victim of overly partisan Democrats looking to run him out because they lost an election.
3) Senate Republicans will simply not abandon Trump en masse, ensuring that even if impeachment succeeds in the House, Trump will not be removed from office.

Bernie's position is, and I agree, that the left shouldn't fight a campaign of personalities, rather, emphasize the issues like healthcare, minimum wage, climate change, gun control and racism. A sensible public is not interested in revisiting the bizarre antics of a moron who has proven time after time that he is unfit to be president of the United States. And since impeachment is the epitome of Bernie's base, he must justify this position by convincing his people he can win in 2020. Early polls show him well out front in New Hampshire, but Joe Biden declaring tomorrow could change things.
at April 23, 2019