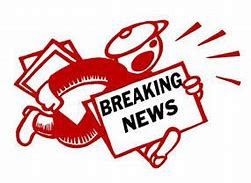 It was announced just hours ago that New York Attorney General Letitia James has launched an investigation into the National Rifle Association. The IRS has been on the edge for years questioning how the organization has made contributions in the millions to Congress and presidents in its non-profit status. One must assume the IRS didn't move because no one, namely a cowardly Congress, didn't act on the matter.

Subpoenas have been issued to members of the NRA, as well as several businesses connected with the gun rights group. It follows the dumping of current president Oliver North by the NRA in the middle of their annual convention in Indianapolis. And that was right after North tried to fire head gun nut, Wayne LaPierre. The wheels are coming off at the nation's largest gun lobby, which will prompt dancing in the streets by gun control advocates.

I'll have a post on Monday, "NRA going down in flames," I hope you will read describing the fiasco going on in this club that is responsible for most of the gun violence in this country. Please give me your comments on what is happening to the NRA and your feelings on this issue.
at April 27, 2019