Your political Parody of the Day 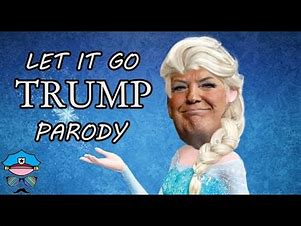 The phone rang in the Oval Office and Donald Trump answered it on the second ring. "Hello, this is the most magnificent president of the United States to ever sit in this chair."

"Don't bullshit me Donny, this is your father who knows you're the dumbest bastard on the block. Ya don't even know where I was born you idiot."

"Three times, you dimwit? If you'd listened to the fake news, you'd know where I was born, in fucking New York, not Germany. Where the hell did that come from, you got something going with Angela Merkel?

"Naw, daddy, she called me a wacko, could you loan me the money to sue her?"

"Hell no, you are a wacko and how's Melania? God, she's got a great rack. Ok, that's enough of this stupid palaver but don't you forget where I was born."

The next morning Donny was asked where his father was born and he replied to the media, Keokuk, Iowa