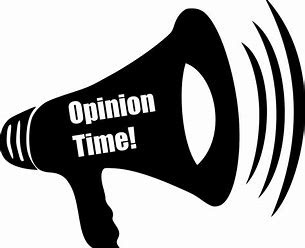 I started the week out with a post about a black man who was brutally murdered by a white man; the latter shot the other three times from his apartment balcony after the black man had simply mistakenly knocked on his door. It rings loud and clear of racial hatred that was supposed to be improving gradually over the years but, in fact, is seething in the minds of many.

It was around this same time that we found out that measles are at the 2nd highest level since elimination was declared in 2000. For this we have that new screwed up group of Anti-Vaxxers to thank. As of March 28, there are 387 individual cases of measles that have been confirmed in 15 states. Folks, that's after science eradicated the disease. Pathetic!

With the above in mind, a terminally ill child was exposed to measles by anti-vaxxers at the U. of California Davis Jackson Souza Bell Medical Center. The mother wasn't told for two days after her child had been exposed. It's bad enough that these maniacs are passing their disease around on the street, but there should be some level of security in a hospital.

Later, the National Rifle Assn. (NRA) was fighting the extension of a law that would make it a crime to abuse a date, stalking him or her, after they break up. There are federal domestic violence laws protecting spouses, but if you're not married, the NRA considers you fair game. But it has always been the NRA that is the problem in getting gun control done. Yet there is a host of gun owners who think gun ownership standards should be raised. It all comes down to one man, Wayne LaPierre, head NRA gun nut.