Wake up Democrats...Bernie Sanders can win


I cannot believe that major donors, party operatives, senior lawmakers and rival candidate Pete Buttigieg would conspire against another liberal who has shown that he can not only raise big funds but also spark a huge lineup of contributors and loyal volunteers. But they did. Is there jealousy on the part of these lawmakers and fellow candidates, the fact that they may have dismal track records? Or do they simply wish they had the balls to do what Bernie is doing?

I am not completely sold on the Bern yet, and won't be until he gets much more aggressive on gun control. One of his volunteers called me recently since my wife and I had supported him in 2016, and I told him my concern over the gun control issue. So, I have to look at Joe Biden, who, although middle of the road, seems more inclined to get solidly behind the gun violence issue. But let's just assume Bernie does come out solid in this area.

Some say the Vermont Senator isn't electable, but then he didn't get the chance to challenge Trump in 2016 thanks to Debbie Wasserman Schultz and the Democratic National Committee. Few can claim the favorability ratings that Sanders has maintained since coming on the presidential scene. Right now he is outperforming Trump in the polling. The Guardian says there's infighting and bad blood left from his run against Hillary Clinton. Here's a point of view...


"social psychology research tells us that people who have different ideas about politics than us are not generally bad people – they’re mostly good people with different convictions."

Bernie Sanders' convictions are definitely different than establishment Democrats, but in my eyes they are also definitely better. That's why I am an Independent.

42% of Republicans Lie About Fake News

There is no doubt when you mention fake news, the first thing that comes to mind is the Fox Network. Blabbermouths like Tucker Carlson who... 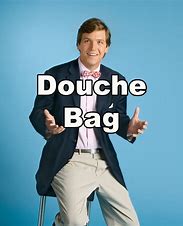