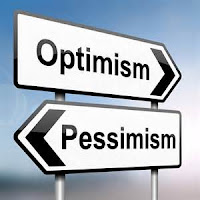 President Obama entered the White House with American optimism at 32%, 34% of the country satisfied with his election. Donald Trump will take office with 22% optimism, 23% satisfied with his election. But the kicker is 29% are pessimistic about the president-elect, with this figure only 9% under Obama. NBC reports, "That's a significantly worse outlook than Americans expressed after the elections of both Barack Obama and George W. Bush." I have no doubt that Donald Trump has several excuses to justify these numbers but an election after-market has spoken.


"Usually elections settle arguments and the nation comes together, at least in the short term. Today, hard feelings persist on both sides of the partisan divide. It's as if the 2016 campaign has never ended."

It appears to me that all this skepticism is well justified by the people Trump has chosen to support him...


Steve Mnuchin, Sec. of Treasury who worked at Goldman Sachs for 17 years, a firm that had to be bailed out by the government due to risky investments. Jeff Sessions, Atty. Gen. who was denied a federal judgeship. Andrew Puzder, Sec. of Labor, a hardliner against any increase in minimum wage. Betsy Devos, Sec. Education, wants to get rid of public school system. Tom Price, Sec. Health and Human Services, wants to scuttle Obamacare. These are only a few and many are billionaires.

A statistic that cannot be ignored is the fact that 46% of the American public still gives him a poor rating, compared to 40% who are positive. And the confidence in Donald Trump's election all comes from his base voters, not those who didn't vote for him. There are 92% of Trump voters who believe the man can bring change to Washington--with Clinton only 20%--but have these people considered just what kind of change they want, and is this also what the president-elect wants. So far, Donald Trump has not convinced many of us he isn't in all of this just to promote his business.
at December 21, 2016