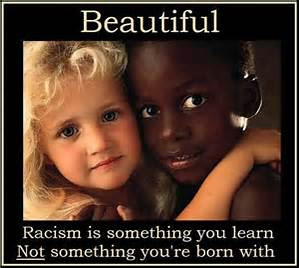 They are really coming out from under the rocks since Donald Trump's win and they are doing it with the kind of vitriolic spume you would expect from the scum of the earth. I am, of course, talking about the supporters of the President-elect, Donald Trump, this particular one being a rabid racist. I must warn you because the language is not only heinous but it reflects the double-digit IQs of Trump followers. Read the following comment on my blog, if you dare...


What a joke,the market is breaking records every day since we elected a real President, your buckwheat nigger "president" was and is the biggest failure of all time

You can see the post this refers to: "Donald Trump becomes President-elect...Stocks take a dive" I have to admit that stocks in general have soared back--primarily because it looks like Trump will favor the business world over consumers--but my point in the diving stocks referred to in the above post, were those concerned with globalization, which isn't something Donald Trump favors. At least today.

But what really stands out here is the ignorant racist approach of a supposed human being, the latter of course in question. His or her ignorance is definitely akin to what Trump has spewed from the beginning, and attracted ignoramuses like this commenter.