What do Republicans have that Democrats don't? 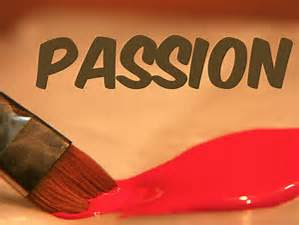 PASSION. It's very simple, you can see it in all factions of the conservatives; when the vote is critical, they turn out. The Democrats, or at least most of them, put their tails between their legs and just stay home when the heat is on. it's pathetic and God knows how many elections we've lost in the last few years. On the bright side, Bernie Sanders brought out the Progressives, and think they did their part in the primaries but Debbie Wasserman Schultz and the Democratic National Committee had the whole thing rigged from the start. Bernie should have won.

On the other hand, President Obama said on Monday that the reason for Democratic voters not showing up was the fault of the Clinton campaign for not hitting the Dems' strongholds. He cited an instance where, in his support of Clinton, he wanted to go to Iowa where he had won handily but the Clinton people felt he was better needed elsewhere. He also added, "...candidates in the future should ignore at their own peril the places Democrats haven't traditionally performed well." Further...


"...some Democrats have accused Clinton of maintaining a relaxed campaign schedule, bypassing states like Wisconsin and Iowa where Obama won in 2012."

The blame game is, of course, easy to play with hindsight, but the real question here is what brought out more Republican voters than Democrats? We know there was a huge wave of demand for change, to get rid of the Washington that has only performed for the politicians and given us the same crap year after year. Donald Trump seemed to fill that bill and was elected, but we still have a Congress that has an approval rating of 13% and can't seem to get rid of them. Much of this can be attributed to the GOP gerrymandering that Wasserman and the DNC saw fit to do nothing about over the years.

Reports are that the Republican turnout surged this year while Democrats were just dormant. With Obama the Dems' stronghold was the college educated, young and non-white. Bernie Sanders had two of these categories, could have possibly gotten the other, and one must wonder, if he had won the primary, would the election outcome have been different. There is one bit of difference in Democrats that is recently becoming obvious; the Progressive faction of the party...Bernie's people. I am a Progressive, passionate about those beliefs and a firm supporter of the Democratic Party.

I wouldn't even consider not voting and frankly don't understand those who stayed home from the polls on November 8, and let what happened come about. Donald Trump. Here's the kicker, Gallup reports that as of October 2014, polling found that 43% of Americans identified as Democrats and 39% as Republicans. There are 4% more of us than them and we still can't win an election. It's a disgrace and something that should make those slackers sit up and take notice. The big question is, can we expect them to turn out in 2018.