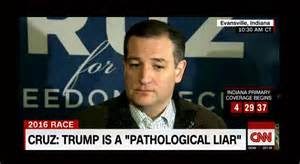 As I am sure the rest of us sane individuals are, but there is nothing we can do about Donald Trump getting there, but maybe something can be done about his staying there. The Bern made reference to Chuck Jones who challenged the President-elect's outright lie that he had saved all the Carrier jobs at the Indiana plant, when in fact more than half are still going to Mexico. Sen. Sanders concludes that Trump's message here to unions and their workers was that if you continue to stand up and fight, my administration will go after you. Just as he did with Chuck Jones on Twitter.

MSNBC's Chris Hayes questioned Bernie on the appointment of "Andrew Puzder, CEO of Carl’s Jr. and Hardee’s, who supported Trump during his campaign, praising him as a 'pragmatic centrist' and 'negotiator.' The Senator took the opportunity to remind those who voted for the President-elect that all those promises of standing up to the establishment were all "crap," my word but still accurate. Pudzer, who is anti-worker, and who pays his workers as little as possible--many of whom have to get federal assistance--is adamantly against raising the minimum wage.

When Chris Hayes asked Bernie Sanders about the reality of all this, referencing how Barack Obama has established his legacy from his accomplishments, particularly, bringing the economy back from near disaster under George W. Bush--now that's reality. At this point we have another Republican in the White House, and Hayes wondered if reality would hit when under Trump wages decline, outsourcing continues, and the economic squeeze on the middle-class advances, will the public, particularly his supporters, blame it on the President-elect or Bernie, Hillary, the Democrats?

The Bern hopes to build a movement of grass roots supporters who do see the reality of what just happened in this election, plus what will be taking place under Donald Trump. I know I'm in!