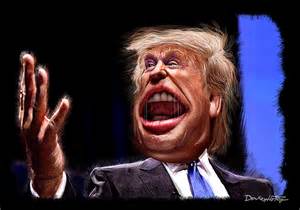 President-elect Donald Trump has been waving flags over how he is going to keep Carrier jobs in Indiana from going to Mexico, how he would end up slapping a 35% tax on any Carrier products coming into the U.S. Well, it ends up being his typical bullshit that he typically never follows up on. Instead of heavily taxing Carrier, he's giving them a $7 million tax break. And folks, we haven't even had the inauguration yet.

It all started out with 1,100 jobs leaving the Indiana plant for Mexico when our new blowhard head of the nation said he would save all of them...or else. Or else turned into, OK, you can send 300 jobs to Mexico and keep 800 in Indiana. As it turned out at the time, another Carrier plant planned to send 700 more jobs south. MSNBC's Chris Hayes brought in Bernie Sanders, whose Presidential platform was to keep jobs in America, who basically showed Trump up as a fraud.


Bernie also commented on United Technologies, who own Carrier, and their $6 billion in defense contracts that he said Trump should have threatened taking them away rather than giving the $7 million tax break. Sen. Sanders thinks Donald Trump is setting a very dangerous precedent in his approach and calls for laws that would require American companies to be patriotic corporations by continuing to make their products in the U.S., not shipping jobs overseas.

The bottom line is that Carrier will move some 1,300 jobs to Mexico, keep 800 in the U.S., Paying Mexican workers $23 less per hour with a potential income loss in Indiana of $67 million, a total loss of $108 million to the surrounding area. Now folks this is only one company in one state throughout the United States. You can go here for a complete list of companies moving jobs overseas. Does Donald Trump plan to visit each company? Yeah, sure.
at December 04, 2016