Is it more dangerous with Putin as the enemy? 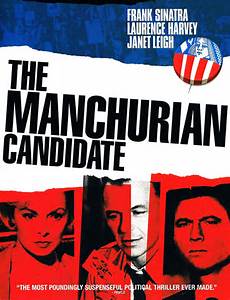 This is all hypothetical since none of us really know what's going on between Donald Trump, Vladimir Putin and Russia in general. Putin appears to be Trump's friend and many in the U.S. believe Russia's President had a lot to do with getting Donald Trump in the White House. Hell, maybe all Putin wants is to spend a night in the Lincoln bedroom. CNN's Daniel Treisman has reminded us of the 1962 political thriller "The Manchurian Candidate." He explains it this way...


"...a hostile government uses covert measures and secret agents in an elaborate plot to get its favored candidate elected president of the United States. The scenario seemed fanciful even at the height of the Cold War."

But if you delve deeper into the plot of the movie, "The Manchurian Candidate concerns the brainwashing of the son of a prominent right-wing political family, who becomes an unwitting assassin in an international communist conspiracy," thanks to Wikipedia. The assassin, played by Frank Sinatra in the film, is supposed to kill the President-elect. And this is where the similarity to the current situation ends but still with some serious questions unanswered. Like did the hacking into the Clinton campaign and the DNC originate from Russia?

Even a Republican Congress now wants a bipartisan probe of alleged Russian interference in the 2016 presidential election. And if there was interference from Russia in favor of Trump, we can be assured it was originated by Putin who is in complete control. But the question remains, just what does the President of Russia want from the U.S. President-elect, and that brings up the question of how far back the ties go between these men. Here's what CBS News said...


"While the Republican presidential nominee has denied any ties to Russia, his connections to the country and its president go back years. Trump has talked about Russia being a hot business climate, and he has been trying to bring his brand to Moscow for decades, reports CBS News correspondent Julianna Goldman."

Okay, we know that Donald Trump is in the White House for the purpose of promoting his businesses. He's already alienated the Chinese government and that could cause damaging repercussions to the U.S. in both trade and diplomacy, especially with China as one of our biggest trade partners. I see Vladimir Putin as a harmless old crony of Donald Trump who plans to use the President-elect like he has used so many people. What the watchdogs must do is make sure that Trump doesn't give away any state secrets, that is if he ever goes to a briefing.
at December 13, 2016