Poltiical Satire: Can the Democrats/Progressives recover? Why not! 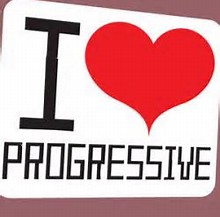 The left is in, perhaps, the worst shape it has been in for decades. Not that it has had that much past luck in Congress, the only positive recently being Barack Obama who was stonewalled by the GOP during his entire eight years. But the election of Donald Trump over Hillary Clinton proves the inability of Democrats to nominate an electable candidate to run against a weakened Republican Party. They had one in Bernie Sanders but blew it allowing Debbie Wasserman Schultz to run the show and bar his nomination through unethical tactics, for which she was fired.

There are all kinds of perceptions of whether or not the Bern would have beat Trump, but what is sure is the fact that he would have given him a better run for his money than Hillary Clinton did. Sanders awakened the younger crowd, which could have been his ace in the hole against Donald John. But this is all history and the focus now is how to bring Democrats/Progressives back to the forefront. If my experience with the Demographic grassroots volunteer organization is any indication of the competency of this group, this is where the most work is necessary.

With both Barack Obama and Bernie Sanders I volunteered my services repeatedly; in both cases, with no takers. That's right, my background in database management, including computer modeling , along with research and market predicting was made available several times to apparently deaf ears. Due to my physical condition I couldn't go out and knock on doors, but time and again I offered to make my full office and experience available. Most recently, I contacted Bernie Sanders' campaign right up to the bitter end of his running for the nomination. Both in my state and national. Nothing.

And today Democrats are divided over how to handle Donald Trump, with one group wanting an all-out war, the other wants to try and guide him to the center. It should be obvious by now to anyone, you don't push Donald John in any direction but his own. And then there's the realization that with all the support to oppose Trump, the congressional Democrats just may not have the power to accomplish what they want. Impeachment now would take some strong support from Republicans and that isn't likely to happen. Of course, 2018 could turn the tide.

But there has always been a leader from the left that stood out when minds were being made up aboutBernie Sanders stood out as the candidate of choice but denied his right. The American public was screaming for change, and the Bern offered that in a way that would most benefit the working class. What they got was Donald Trump, the voice of...Donald Trump.
campaigns and elections to come. Names like F.D.R., John Kennedy, Bill Clinton, unfortunately, Hillary Clinton most recently. There was a clear point at which the obvious was there to see in 2016, and that was when

One Democrat from a left-leaning state, Washington Gov. Jay Inslee, who is Vice Chairman off the Democratic Governors Assn., spoke of massive support for resistance against Donald John's Executive Order banning refugee admissions and travel from seven majority Muslim countries. Gov. Inslee has backed a lawsuit that challenges Trump's Executive Order and commented that by "...undermining Mr. Trump across the board..." The Dems will eventually hope to split Republicans away from the President. Not sure the likes of Mitch McConnell are bright enough.

The Democratic Party is so weakened that several Congress members from red states are afraid to oppose Trump for fear of losing their seats. But what good are those seats to the left if they have no voice. The answer is none. I am having a problem here wondering why we aren't getting fire and brimstone from a team of Bernie Sanders, Elizabeth Warren and Chuck Schumer. They are, combined, the strength of the Senate and the Democratic Party. The Republicans doesn't hesitate to gang up against the left when the opportunity presents itself.

However, this is what the Dems are up against. A House and Senate controlled by the GOP. A Republican in the White House, although with such a lack of direction in his first month in office, the unknown will be the biggest problem. And if, probably when, Neil Gorsuch is installed in the Supreme Court, it will be five conservatives against four liberals. Insurmountable odds? Maybe not. Leo Jennings, a Democratic consultant from Youngstown, Ohio, days the Party must adopt a more Progressive economic agenda. Progressives must reclaim the Party.


"If we don't start talking about the things that we can do to make it better for all working-class voters, we're bankrupt as a party."

Jennings feels you should lump whites and blacks (people of color) together in the Party's approach, but not rule out identity politics altogether. A state Party organizer who is black said, "If the Democratic Party wants to be around in the future, they need to go left." Precisely what Bernie Sanders was doing when his campaign was ruthlessly side-tracked. The public saw Hillary Clinton as too middle of the road and much too connected to the financial community to be on the side of the consumer. Some Sanders' supporters did vote for Hillary butt it was all too late.

I mentioned the potential magic trio earlier of Sanders, Warren and Schumer, the latter also Senate minority leader, thinking how much power is held by three of the most forceful Democrats in the Senate. What if we now add former President Barack Obama to the formula as a civilian, and Bill and Hillary Clinton, if they are of a mind, plus any other Progressives that want to join the new club. Now, looking forward to 2018, and a takeover of the Senate, and the House too, this consortium could be unbeatable. Is there any reason why these people couldn't and shouldn't work together?

There is at least one skeptic, Chinemerem Onyeukwu, 23, the Party organizer from Ohio, who is worried that, "...Democrats are going to keep running what he called '90s-style campaigns despite Clinton's loss." He has reason to believe that when, in light of the changing analytics of the 2016 Primaries, the Dems were still under the spell of the wicked witch from Florida. There is hope with the election of a new Democratic National Committee head yesterday, Tom Perez. It wasn't the pick of Bernie Sanders and the rest of the Party left, so the future remains to be seen.