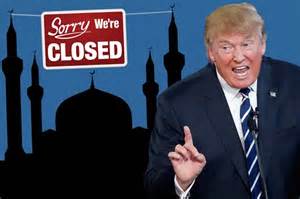 The Dow Jones average lost 18,800 points today, closing at only 64. The German, Chinese and Japanese exchanges also dived precipitously. All of them blame this on the fact that Donald Trump has done them the honor of shutting down airports around the world by temporarily banning entry into the United States for citizens of seven Muslim-majority countries and refugees from around the world. It is unclear why only these seven countries when Turkey clearly has had terrorist incidents directed against the U.S. Oh, hell, forgot, Donald John has hotel interests there. When questioned about this move, the newly elected czar blamed it on Hillary Clinton's foundation and Bill's recent trip to Little Rock, Arkansas.
at February 01, 2017