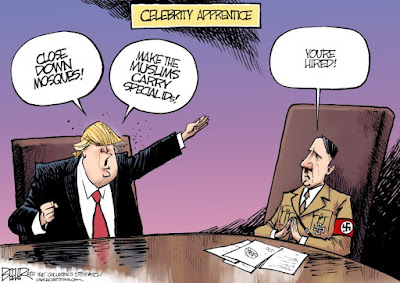 We now have a clone to Donald Trump's "The Apprentice" show with a new cast of characters...government employees. The candidates are selected based on their refusal to agree with the newly elected emperor. The first victim is acting Attorney General, Sally Yates. She dared to question the legality of Donald John's closing of the nation's borders to refugees  and people from predominantly Muslim countries. A federal judge has already blocked the order last week. Other government workers are standing in line to receive this same honor.