Millennials rule and they are for Bernie Sanders 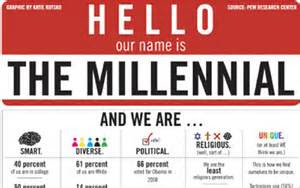 There are 71 million Millennials and 41% of them support Bernie Sanders and stand 50/50 on going to the polls in November. That's almost 30 million voters tops, 15 million minimum going in the gate. Sanders opponent, Hillary Clinton, is losing voters under age fifty, trailing his 41% at 35%. But it would seem that the enthusiasm we have seen during Bernie's rallies is likely to bring out the majority of his supporters to the voting booth.

Clinton "has lost significant support among Democratic women, with her lead over Sanders shrinking from 45 points to 19 points in that group. Her support went from 64%-19% last month to 54%-35% now." With approximately 52% of the American electorate female, that puts another significant group in Bernie Sander's corner. As an example, there are 688,450 Millennials in Iowa of which almost 49% are women. The question is, how many of these are evangelical?

Of course Sanders can't depend on just these demographics to win the primary. And if he doesn't win, the hardcore Democrats are fearful Bernie's supporters won't come over to Hillary's side. After all he did call for a political Revolution and that does mean a fight against the Washington establishment, and Clinton does represent that faction. Considering the fact that the Bern did bring all these young voters out of the shadows, the Dems certainly can't afford to lose them.

The only answer is to nominate Bernie Sanders as the Democrat's candidate and elect him to the presidency in November.
at January 22, 2016