How will GOP Congress exploit Polish Jew Socialist as president? 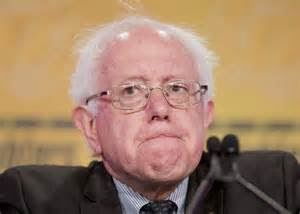 A Republican Congress has done a commendable job of abusing an African-American President who was elected in a landslide in 2008 and re-elected in 2012 with another...landslide. Sen. Mitch McConnell said immediately in 2008, "My number one priority is making sure president Obama’s a one-term president." This dufus has been eating his words ever since. And he, along with dufus 2, former speaker John Boehner, have done everything in their power to thwart everything the President has undertaken.

But here is a list of Obama's accomplishments. Among the ninety by 3 Chics Politoco are Iraq troop withdrawal, passed The Affordable Care Act, Financial industry reform that prevented a second Great depression, killed Osama bin Laden, and obviously many more. You get the picture. But throughout this man's Presidency the beltway bunglers have dogged him on every issue, holding him in contempt for doing the things the American public wanted.

Enter a Polish Jew who is a Democratic Socialist and I wonder what Mitch McConnell will say about him, that is if he is still Senate Majority leader, or even in the Senate when Bernie Sanders takes over the White House? Apparently Obama being black was enough for Republicans, admit it or not. Bernie is Polish; will that bring back the Polish jokes of the 1960s? He is a Jew, but, wait, the GOP is desperate to wrest the Jewish vote from the Democrats.

So that leaves the fact that Sanders is a Democratic Socialist and I am sure the Republican hate machines will make the most of that. Sen. Claire McCaskill has already fired the first salvo saying,  “I think it would be absolutely impossible for a self-declared socialist to win states like Missouri." These shallow thinkers like McCaskill don't even realize that three of America's greatest institutions are Socialistic: The Post Office; Social Security; and Medicare.

A Gallup Poll in 2010 said that 36% of the American public viewed Socialism positively and that acceptance has grown over the last five years. So take your pick. He's Polish, he's a Jew and he's a Democratic Socialist. Who wants to bet on what the GOP will pick to try and bring him down after he is elected? Whatever that is it won't work with the Bern either.
at January 25, 2016