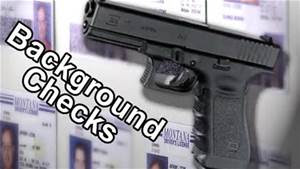 Hillary Clinton hammered Bernie Sanders on gun control by pointing out his votes to grant immunity to gun makers from lawsuits when their products are used in crimes, and for voting against the Brady Bill five times. Clinton says Sanders shows no signs of changing his positions on these issues and that does not correspond with the wishes of the American public which is veering more in the favor of reasonable gun control.
I have been critical of Bernie's failure to come out strong for gun control from the beginning and believe it hurts him now more while the realization is finally hitting the U.S. that too many guns are responsible for the daily shootings and mass killings in this country. I really cannot see how someone can be a true Progressive and not realize how much negative impact guns have on the total population. The 2nd Amendment be damned, America needs to rein in the gun culture now.

In last Thursday's CNN Town Hall on gun control, Barack Obama came out moderately for more action on guns, with much less force than I had expected and hoped for. Again, I have felt that the President has also been much to soft on this issue, and this has been another let down for me. Sanders spokesman Michael Briggs told Politico,  Sanders was “willing to take another look at the gun manufacturer immunity legislation.” Not good enough for me and, I am sure, many gun-violence-fed-up Americans.

I am for Bernie Sanders to the end, which I envision to be the day that he and Jane walk into the White House after he is elected President. But in the meantime, too many innocent people, including children, are dying from gun violence and I believe that all that are involved in this fiasco know what has to be done. So why don't we do it.
at January 12, 2016